15 Cubic Meter wireless/Radio Remote Control Grabs is designed by using radio control technology to handle the loading/unloading of bulk cargo, generally operated in combination with single hook lifting equipment but solving the problems of low efficiency and man-power intensive compared with traditional single rope operated grabs. Especially suitable for deck cranes operation with high reliability, is easy to operate, and can be opened in any position during grab opening for releasing of materials.

The remote control grab controls the opening and closing of the remote grab by opening and closing the main cylinder solenoid valve. When the slip block slides down to the lower bolster, the slip block is integrated with the lower bolster, and the grab can grab the cargo. When it is necessary to open the grab, press the remote control transmitter to control the solenoid valve to be energized, the hydraulic system oil circuit is opened, the slip block is separated from the lower bearing beam, and the grab is opened to release the cargo. At the same time, the sliding block moves up and collides with the upper bolster. After a delay, the solenoid valve is closed to prepare for the next operation.

Press the radio switch, send the message to the receiver, then the electromagnetism valve open the hydraulic circuit system, the hydraulic vat was extended because of the gravity of goods and down roof beam, the down roof beam was separated from moving board, to make the grab open, and the grab can do the next closing cycle. 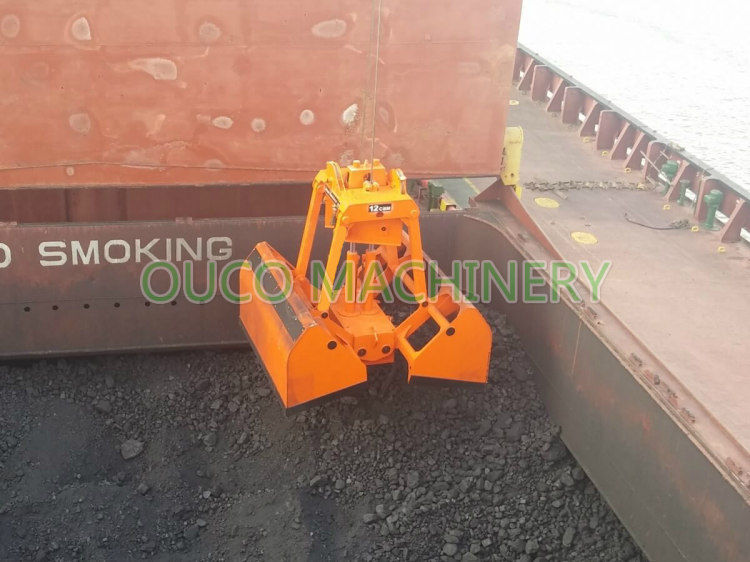 We have examined every detail in the production process. We try to keep shipping as a whole to reduce installation time. It is our pleasure to allow you to use our crane as soon as possible.